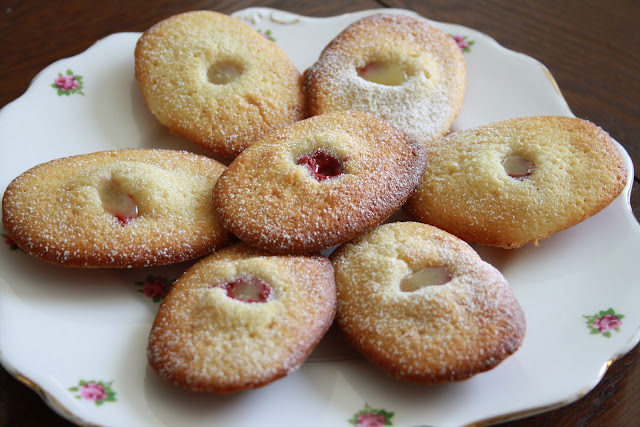 I can't really think about madeleines without thinking about Marcel Proust, whose bite of this small cake provokes a vivid childhood memory, the lengthy examination of which lasts for seven volumes of A La Recherche Du Temps Perdu. Now he really was a navel gazer. He would have been an excellent blogger.

"[My mother] sent out for one of those short, plump little cakes called "petites madeleines", which look as though they had been moulded in the fluted scallop of a pilgrims shell...I raised to my lips a spoonful of the tea in which I had soaked a morsel of the cake. No sooner had the warm liquid, and the crumbs with it, touched my palate than a shudder ran through my whole body, and I stopped, intent upon the extraordinary changes that were taking place."


I did not get on with Proust. I read Swann's Way, the first in the series, when I was an undergraduate, and found it rather like wading through treacle. It was not for me. One professor told me that Proust is "the Everest of literaure" which I think he thought was a good thing. Well, I got halfway to base camp before giving up and going home for a cup of tea and a murder mystery. How I passed that semester I will never know. 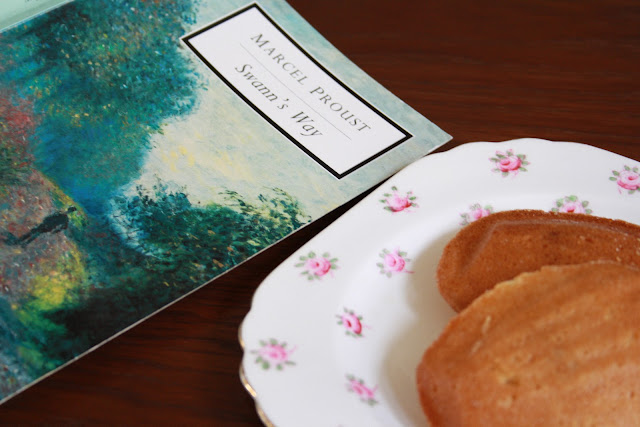 The recipe is from my current recipe book obsession. I promise I will put it down now and cook from another book. Madeleines are basically small light, buttery sponge cakes baked in a shell shaped tin and the recipe can be found here on the BBC website. 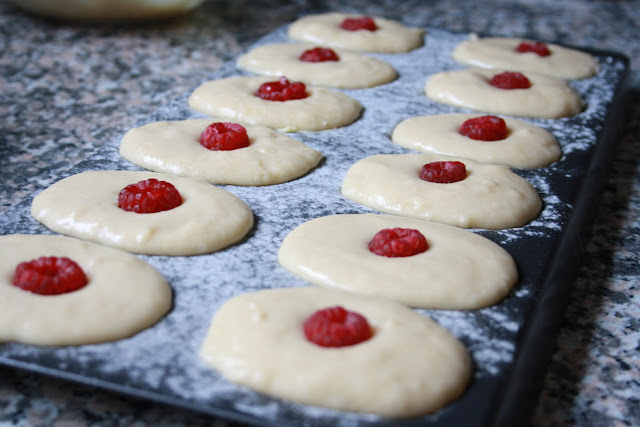 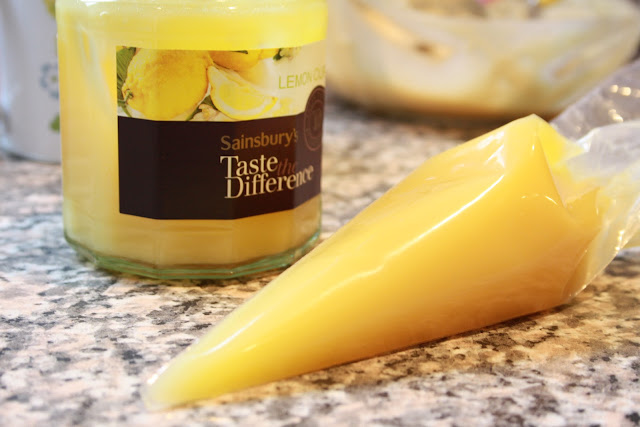 I overfilled the tin when I made the first batch and they came out looking like this: 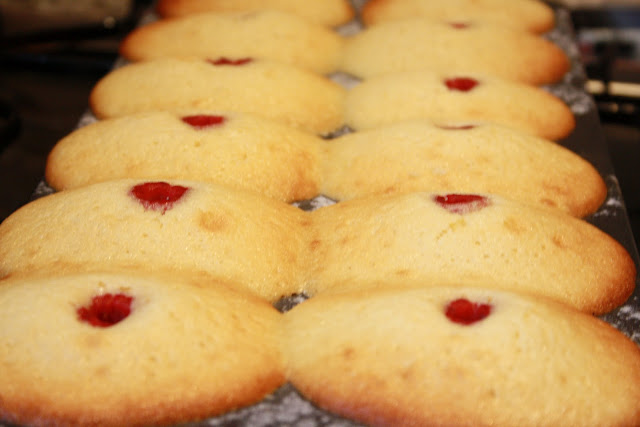 so I was careful to put half as much in for the second batch, barely a small tablespoon. I wanted them to have their pretty shell shape, and the second lot came out looking like the ones in the book. They are very, very delicious. I have eaten four. Possibly five. The sharp, moist bite of raspberry and lemon curd in the middle is wonderful with the buttery sponge. I baked them first thing in the morning and the house smelt wonderful all day. Perfect to cheer one up on a cold and wet Wednesday morning!