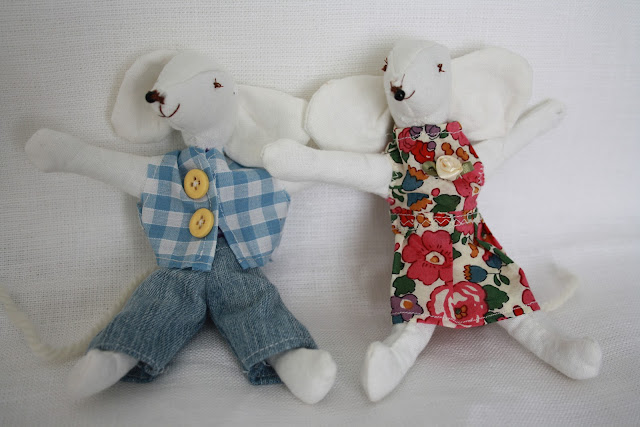 I recently discovered the marvellously inspiring crafting magazine that is Mollie Makes. It was recommended to me by my good friend Abigail, who knew it would be my sort of thing. Of course she was right, it's brilliant, and I want to make everything in it. I've only read one issue (number 11) and I'm planning a quilt each for Bella and Angus and some play food for the children's toy kitchen (I'm thinking felt doughnuts). John despairs. I have quilting history and it ended with me saying "that's a last time I make a ****** quilt. If I ever start talking about making a quilt again, stop me." But I'm a sucker for punishment so as soon as funds allow I will begin a fabric stash for the quilts. But anyway, the mice. 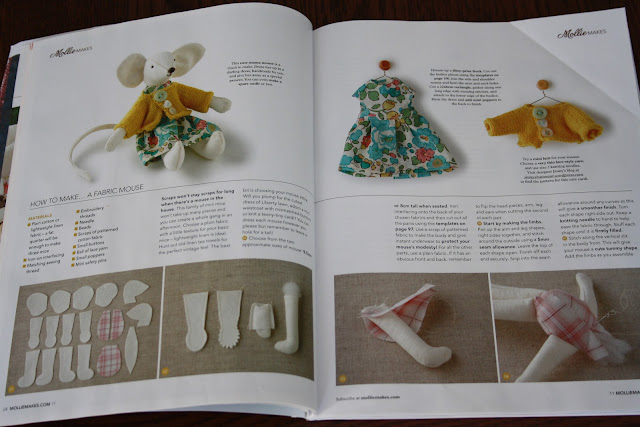 They caught my eye. So white and cute and perfect. Charmingly old fashioned with their little outfits and beady eyes. I wont repeat the process stage by stage as the magazine  does a perfectly good job and there is also a great tutorial here on the lovely Poppycock & Other Creative Nonsense blog. (The design for the mice is by the very talented Jenny at The Button Jar.) I chose white linen as the main fabric. I had just enough left from a shirt that belonged to Angus, except for the tails, so I used wool for those. Scraps of gingham made up the bodies. 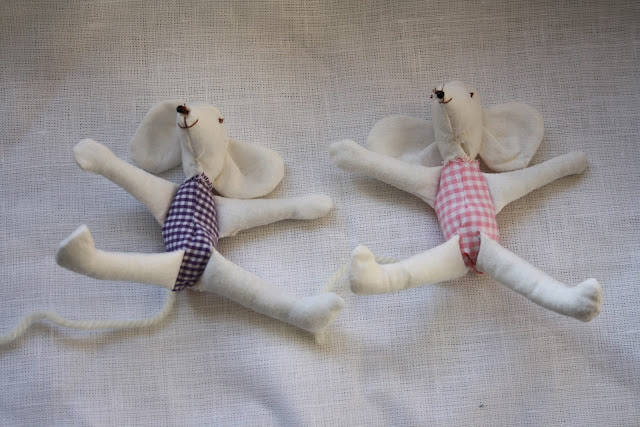 It took me one nap time (about two hours) to trace and cut all the fabric on Saturday, all of Sunday afternoon to stitch and stuff the mice, and Sunday evening to make the dress. I made the trousers and waistcoat on Monday. Bella chose the fabirc for the dress and I was ridiculously happy that she picked the new Liberty print so I had an excuse to use it. 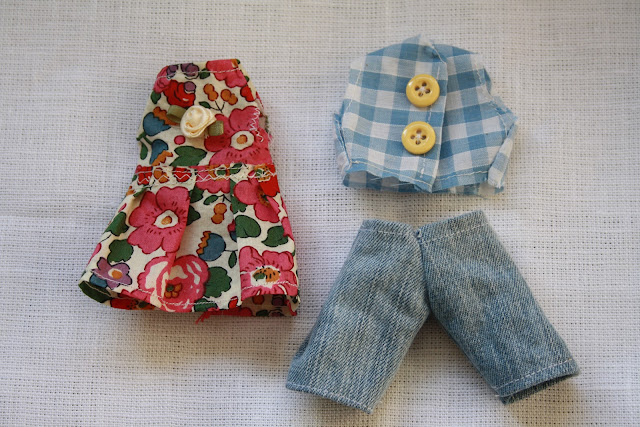 I don't even want to count up the hours it took to make these, but now that they are finished I'm glad I persevered. They are far from perfect and have wonky ears, holes, imperfect stitching, uneven seams. They don't sit up very well on their own. But Bella really likes her mouse, and that alone makes it worthwhile. Angus is indifferent. When I gave it to him he said "Mouse. Why?" which summed it up really, but he is a two year old boy obsessed with tractors so that was to be expected. 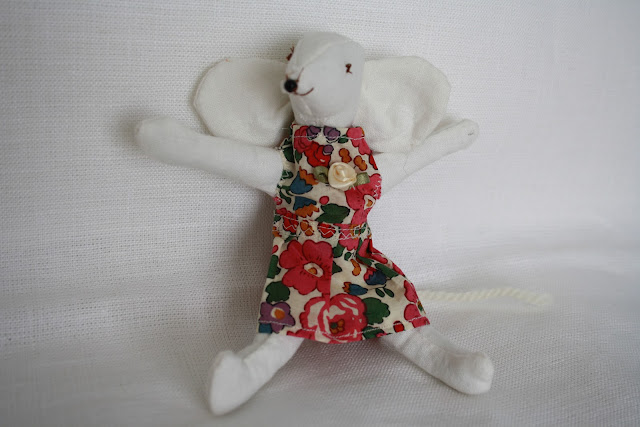