Angus and the Cat

Our next door neighbours have two new cats and Angus loves them. They are still very little and kittenish and get confused about which house they live in. I keep having to shoo them out of our kitchen. I'm worried that one day I will accidentally shut one in the garage.

We spent most of the weekend in and out of the garden and one of the two cats (they are both black, it is very confusing) was in our garden a lot. Every time Angus sees one of the cats, he looks at me with an expression of utter joy on his little face and shouts "CAT! CAT!" then runs full pelt at the terrified animal. He just wants to stroke them. It's probably a good thing they are quick. The flowerbed thwarted Angus's efforts here. (Apologies for the poor photos - cats and toddlers are tricky targets, especially with such bad light). 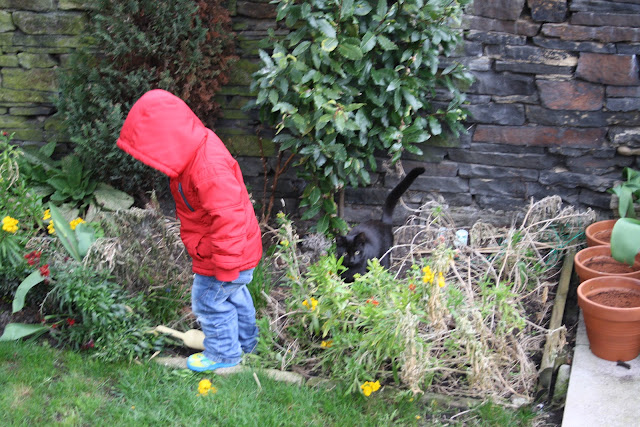 The cat has taken to sitting on this bench which is temporarily stored under our horrid plastic table, until I get time to paint it. 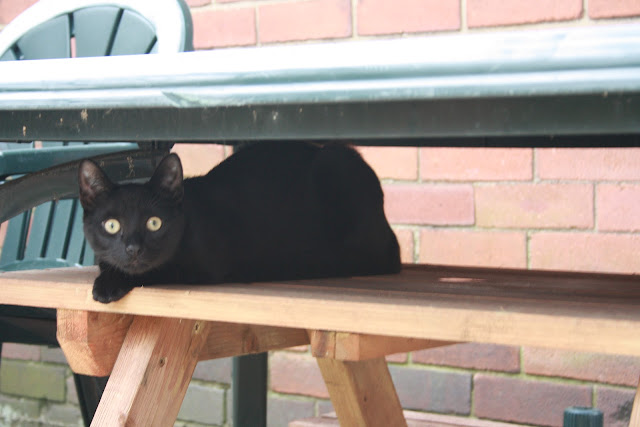 But I think the cats must quite like him. They keep coming back to see us and sometimes they let him get quite close. He only wants to say hello. 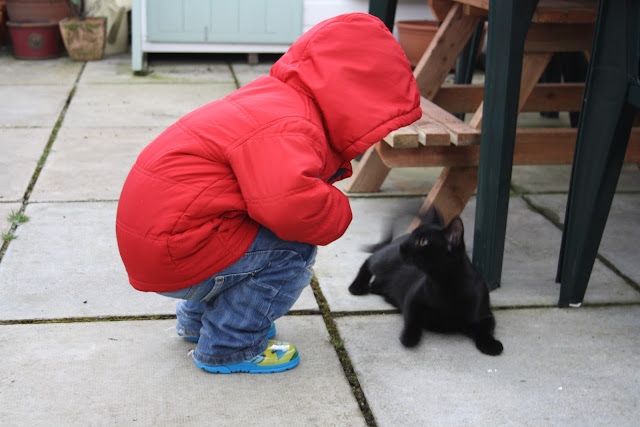 Not long after I took that photo it started to thunder and we came inside. I nipped back outside to put the toys away and nearly tripped over both cats sitting right on the back door step. I don't think they were confused, I think they just wanted to hide from the storm. 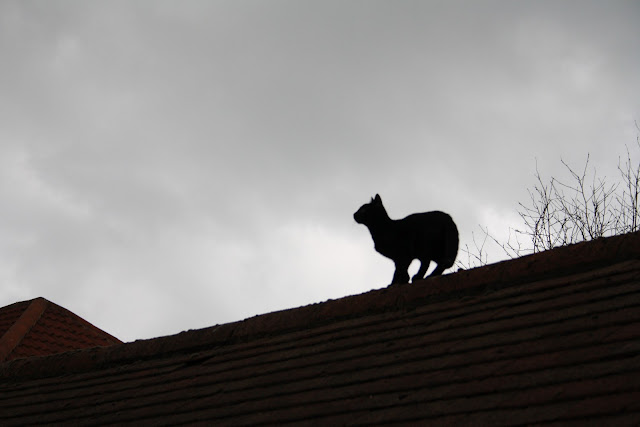 Email ThisBlogThis!Share to TwitterShare to FacebookShare to Pinterest
Labels: Children