Yesterday was such a mild, sunny day it felt a tiny bit like Spring. I was pottering in the garden on Sunday and it was so depressing. Everything looked dead and muddy. And the Christmas tree was still there waiting to be recycled, even though I'd been to the tip that morning and the whole point of going to the tip was to get rid of the tree and i forgot to take it... Annoying.

So after dropping Bella at school yesterday morning, Angus and I popped over to the garden centre and bought some primroses. Twelve of them. Seven pounds well spent i thought. 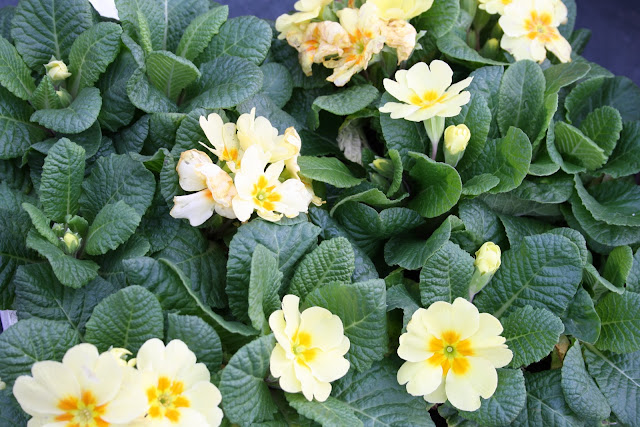 And it was so sunny that we just got stuck in and sorted out the pots that sit on the steps leading up to our front door. They were full of some cyclamen (still going) and some dead or dying winter pansies. 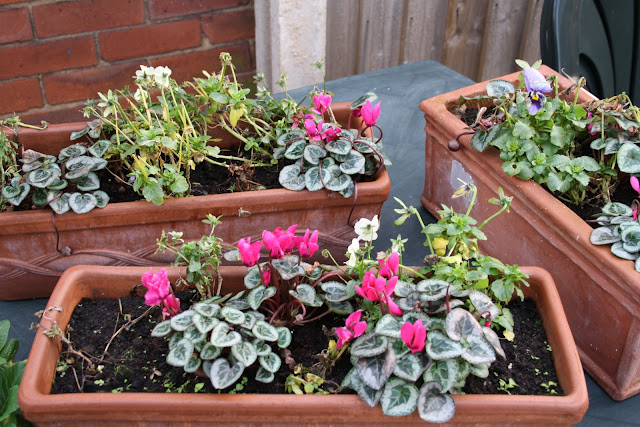 It was one of those rare and lovely occasions when gardening with a toddler was enjoyable. He didn't dig anything up, or have a tantrum because I tried to prevent him digging something up. He played, he helped, he spotted helicopters and planes in the sky. And I moved the cyclamen into some different pots, and filled these oblong troughs with primroses. 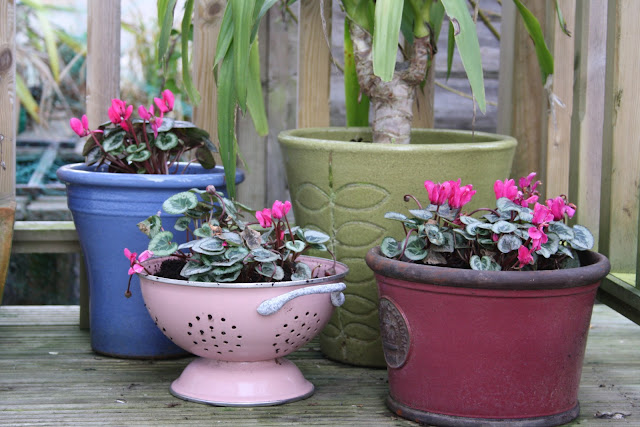 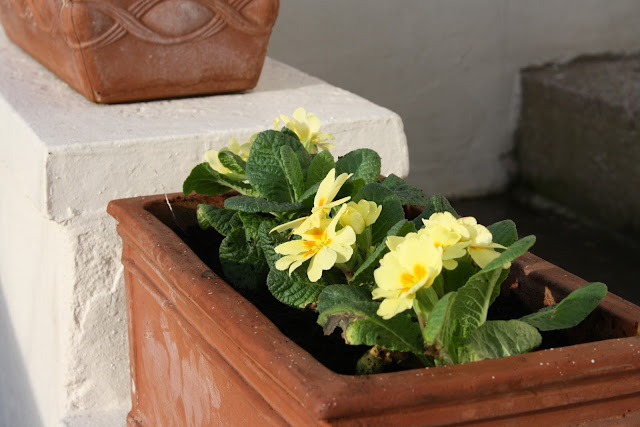 And I felt so much better. And because Angus had had a morning of fresh air and activity he was happy to watch cbeebies for an hour while i did he ironing.


But it did make me want Spring to hurry up and arrive. As soon as New Year is over I want to see the sun and flowers come back and I no longer find the short afternoons cosy, just depressing.
Posted by Gillian Roe at Wednesday, January 11, 2012

Email ThisBlogThis!Share to TwitterShare to FacebookShare to Pinterest
Labels: Gardening