Make Do and Mend

I was changing the bed sheets the another day and while putting the clean duvet cover on I discovered two big, ugly holes in the waffle pattern. (I think the culprit was one of my bras - I am always unhooking bras from this duvet cover when I pull it out of the washing machine). 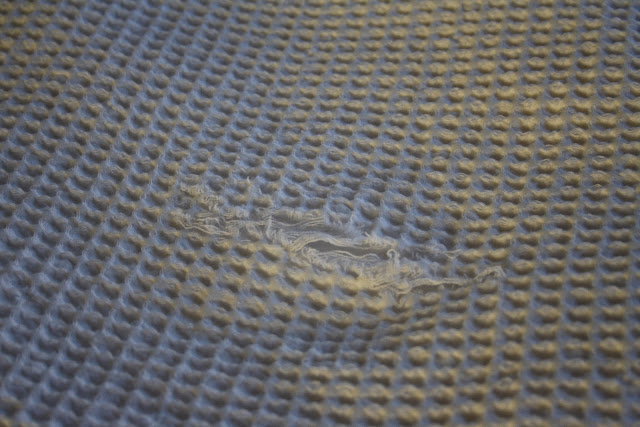 I was cross. The bed linen was from The White Company and, although I bought it on sale, it was not cheap. Other than the holes it is fine, and it's really god quality cotton, so I decided to patch it and then hopefully get many more years of use from it. I just couldn't bring myself to throw it away, and I really can't afford to go and spend another £50 on a replacement.

I thought about patches. Not a square - too Amish. Not a circle, star or heart - too nursery-ish. John showed his interest with a combination of shrugging and a frightened please-don't-ask-me-my-opinion-about-this expression while he backed away from me. So I decided on bird shaped patches in shades of blue to match the walls in our bedroom. I used scraps of fabric I already had from Liberty, Cath Kidston and Ebay. 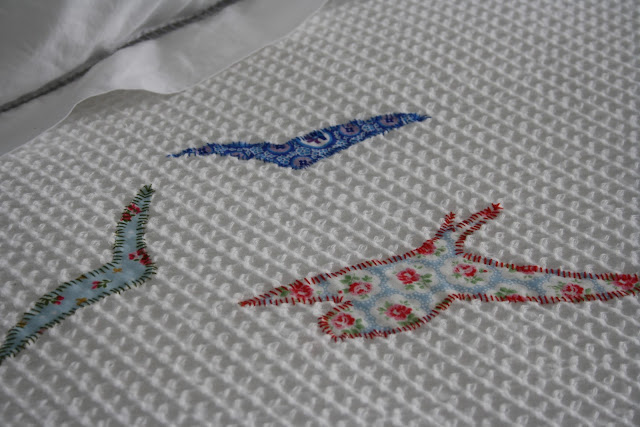 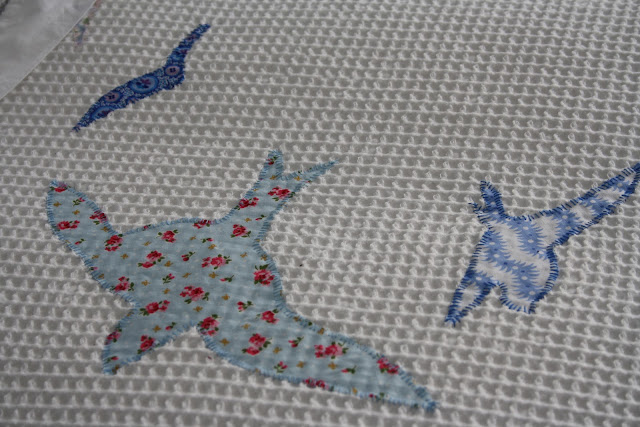 I added a few more all over the duvet cover so it looked a bit more like a pattern rather than Look At Me, I'm A Random Patch! I got a bit carried away and before I knew it I was sewing on thirteen birds. 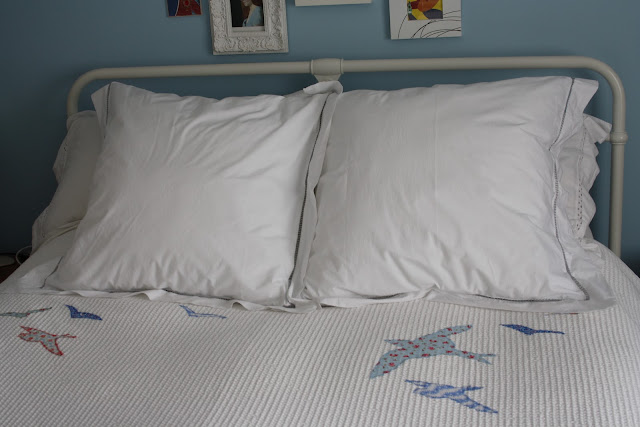 I found this little project quite satisfying. Years ago (pre children and reduced income) I would've thrown it away and bought another without a moment's thought. But since I now have more time than money this was a good solution. 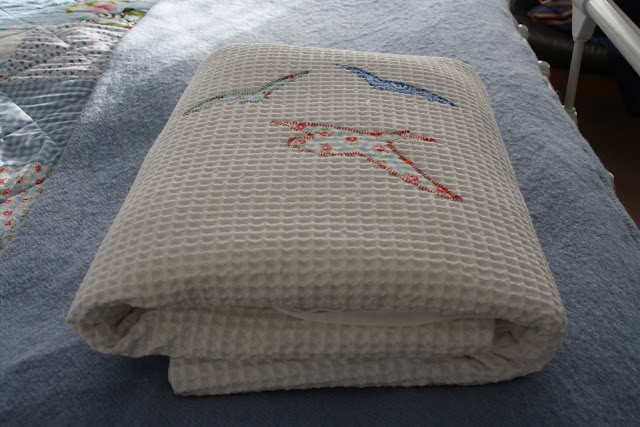 I'm pleased with it. And I will never wash this bedding with my underwear again.